It’s here! The Adventure Update (v0.2.0) is now released, just in time for the holidays. There’s still some work to do but we really want to get the update out to everyone and start getting your feedback on the new features.

You’ll find some build highlights and the full patch notes below. We’ve also added a link to our bug/known issues list for your reference. Onward!

There are a LOT of improvements, updates, and brand new features in this build, with a big focus on Adventure Mode and creature interactions. Here are just a few of the highlights.

All New Map
Remember to bring a creature or two with you while exploring. You never know who you might run into. 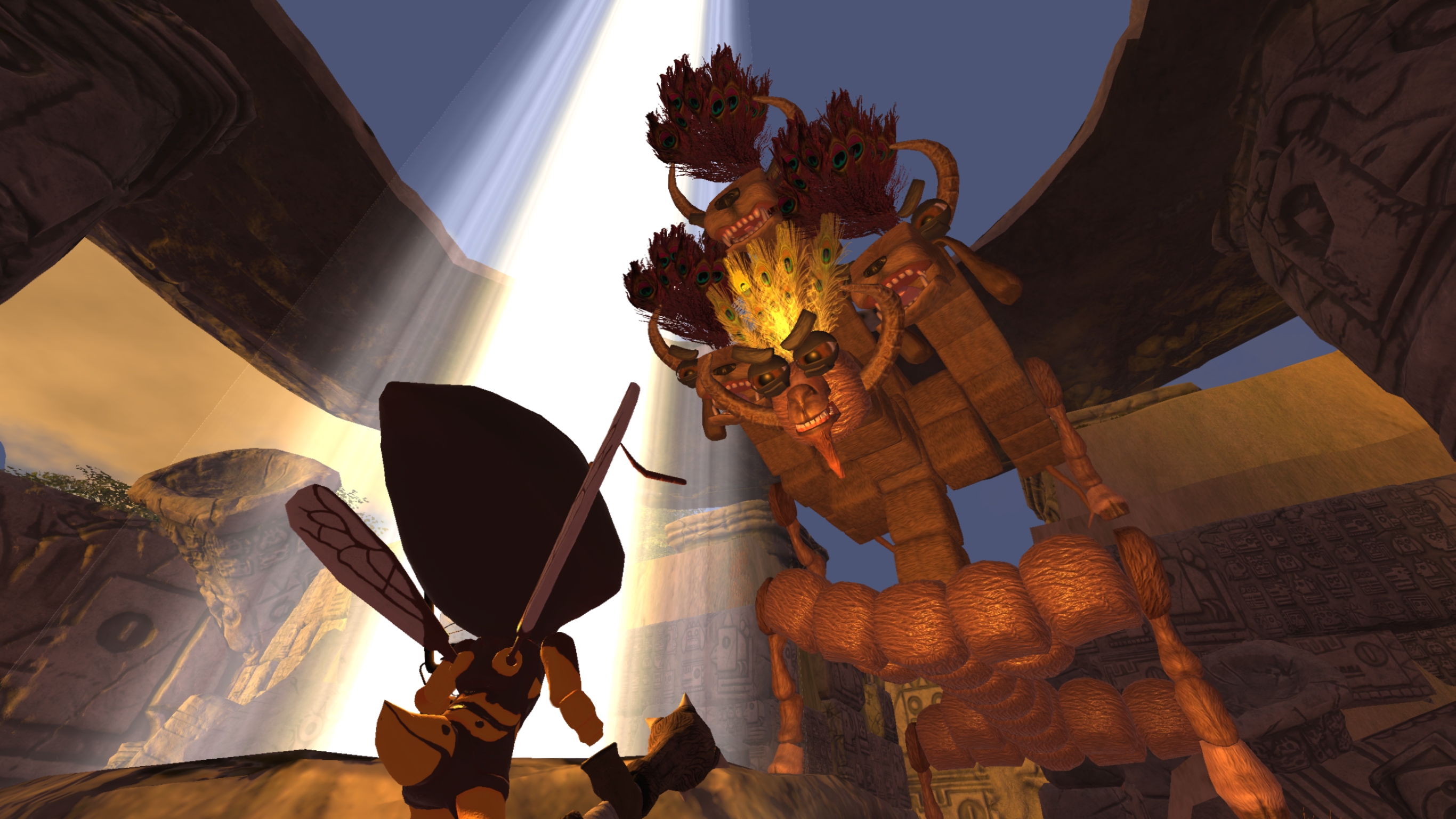 Creature-Powered Structures
Put those creatures to work for you powering your homestead’s treadmills. (You only have to pay them in food.) 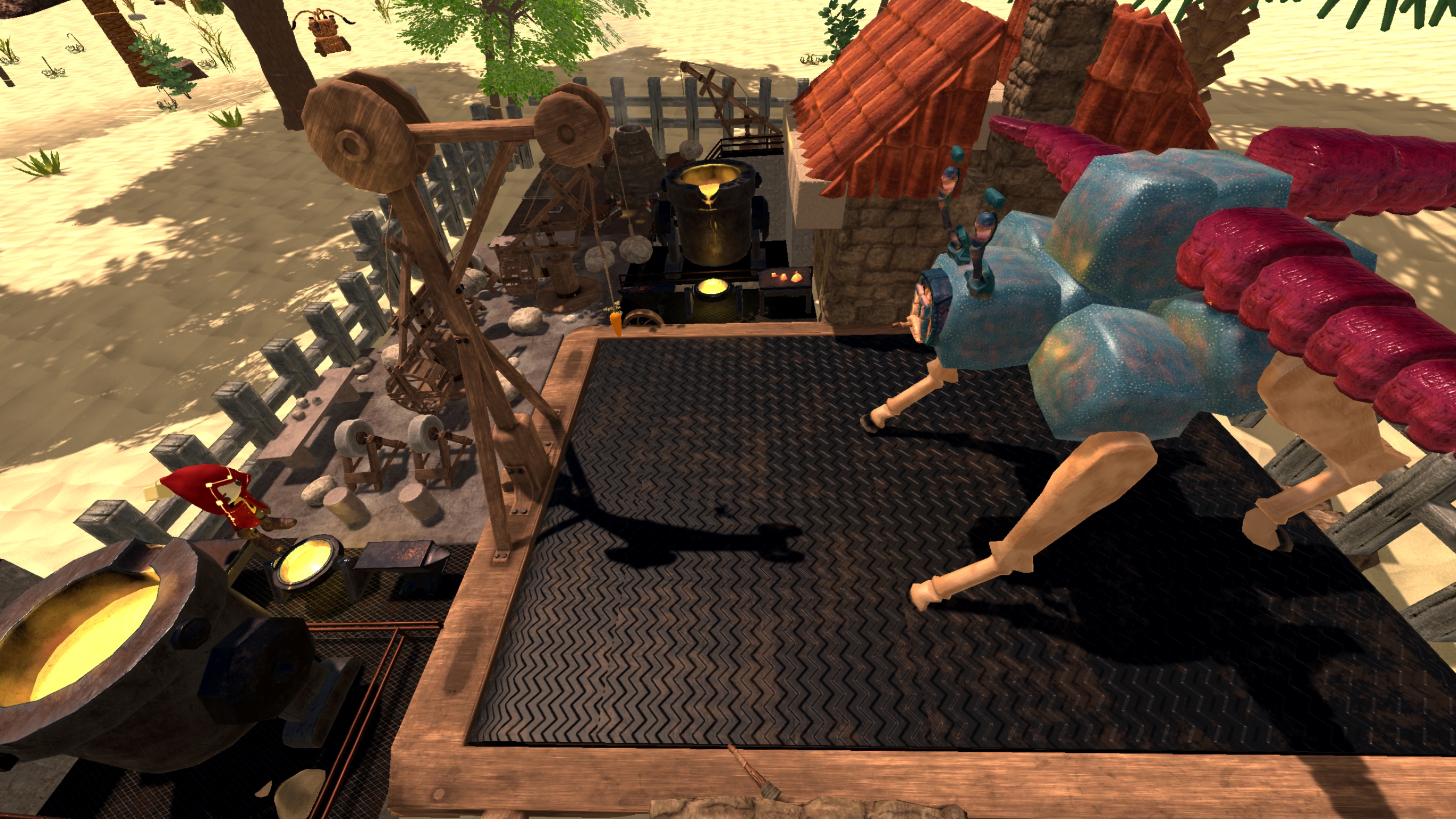 Survival Progression in Adventure Mode
Get stronger and build larger, more powerful creatures to take on more difficult challenges as you explore the island.

Creature Stat System
See your creature’s strengths and weaknesses as you build it! Experiment with different lifeblock combos to see what stats you get.

New Contextual Interactions and Prompts
Interact with your creatures and the world in different ways depending on what you’re holding. You’ll have your creatures eating out of the palm of your hand.

New Adventure Mode Starting Area
Make your way through the temple ruins to learn the ropes and build your first creature!

First-Person Hands, Items, and Animations
Even the chickens are jumping for joy. 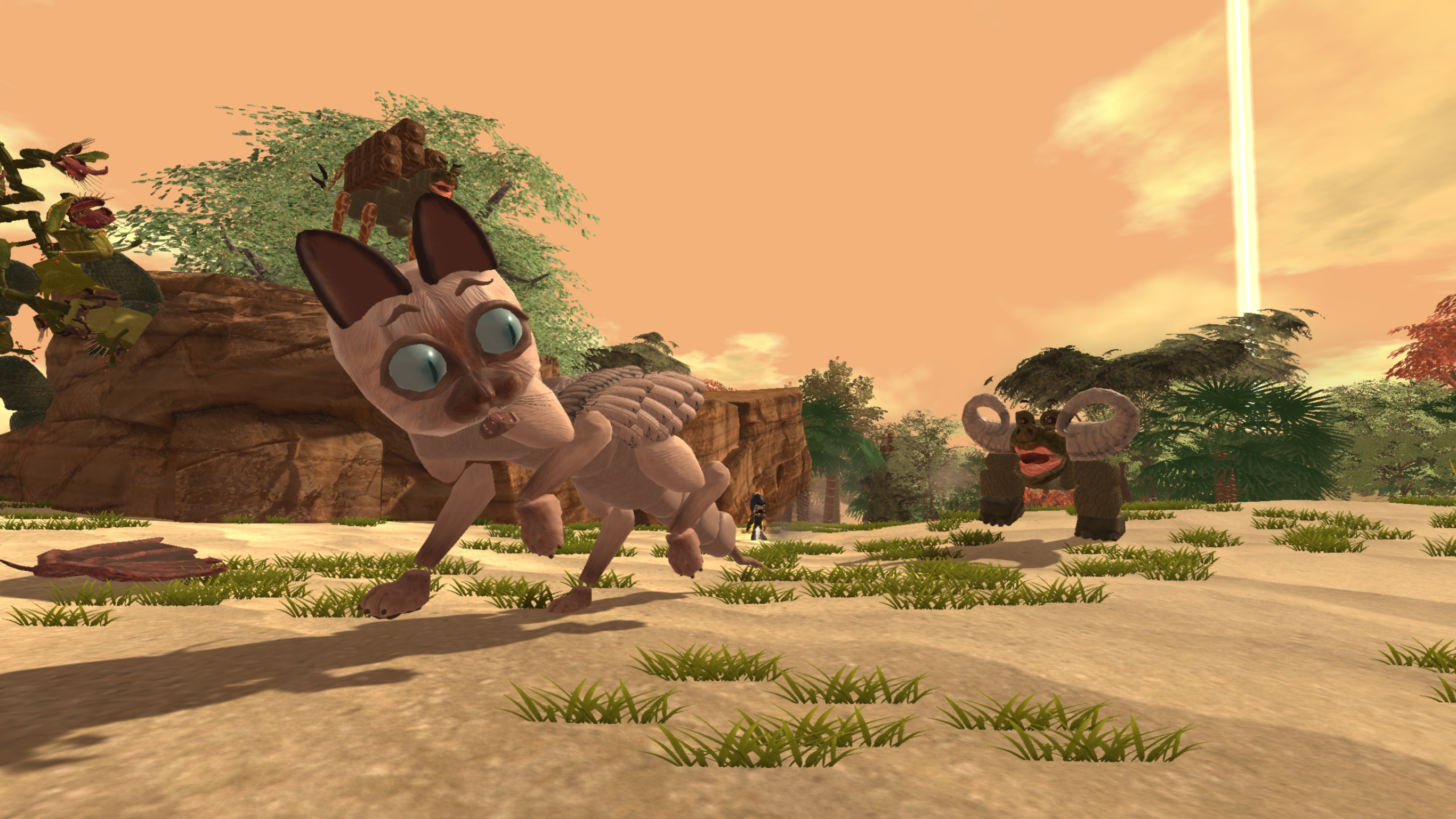 New Whistle Command Radial Menu
Point and click, then select from a set of contextual actions. Your creature will take care of the rest.

New Creature Animation System
Better movement and improved performance! Everything an angry creature chasing you over uneven terrain could wish for.

Avatar Armor
Protect yourself and look snazzy at the same time. Your creatures are sure to be impressed by your fashion sense. 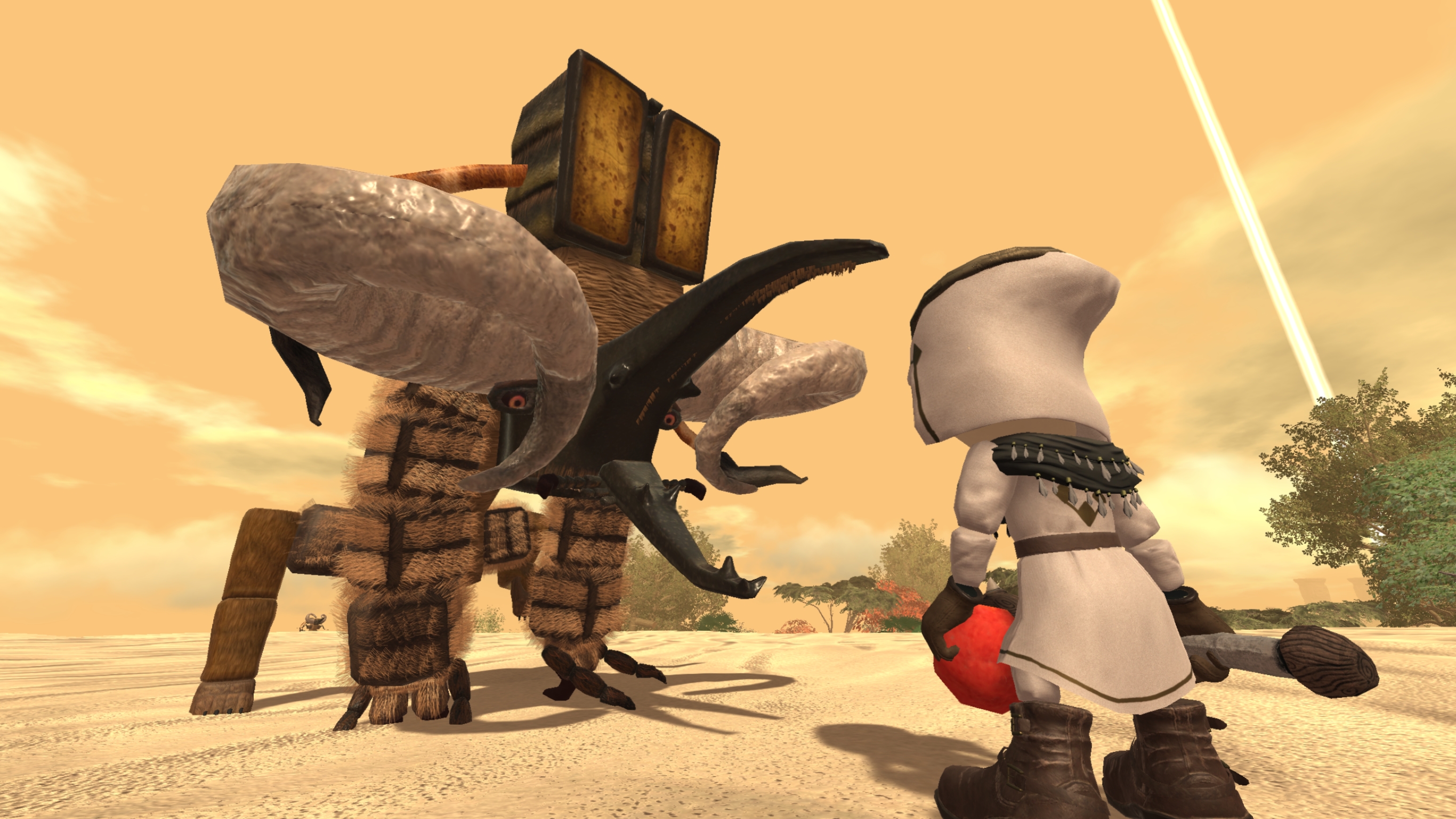 New Weather System
Poor soggy chicken. Maybe we should have made him his own house?

A Whole New UI
Menus, inventory, health and hunger meters — everything’s been upgraded! See how your creatures are doing at a glance.

“Hey guys, I heard there were donuts over here?!”

There’s a lot more! For a full list of updates, you can check out the…

We’ve got a list of known bugs and issues over on our Trello board, and we’ve made it public so you can see them, too. If you encounter anything on the list, you’ll know that we’re working on it. If it’s not on the list, please let us know so we can investigate!

Here are a few of the important ones we want to make sure you’re aware of: 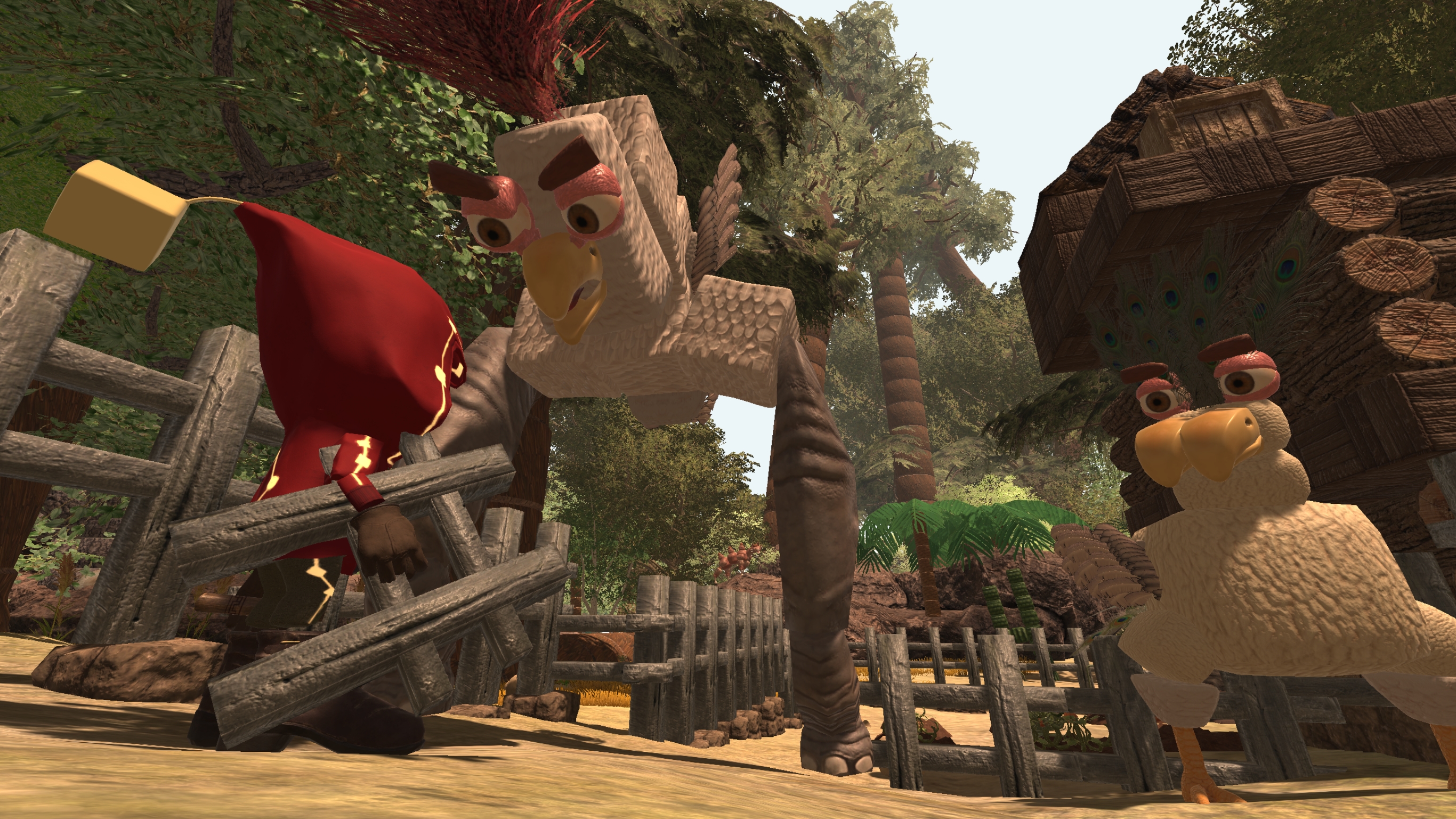 Tell Us What You Think

We need your help to make CHKN better here in Early Access so please don’t hesitate to send your feedback along to us. We’re very happy to hear from you guys, whether you have comments to give, bugs to report, or just want to show off the stuff you’ve made. 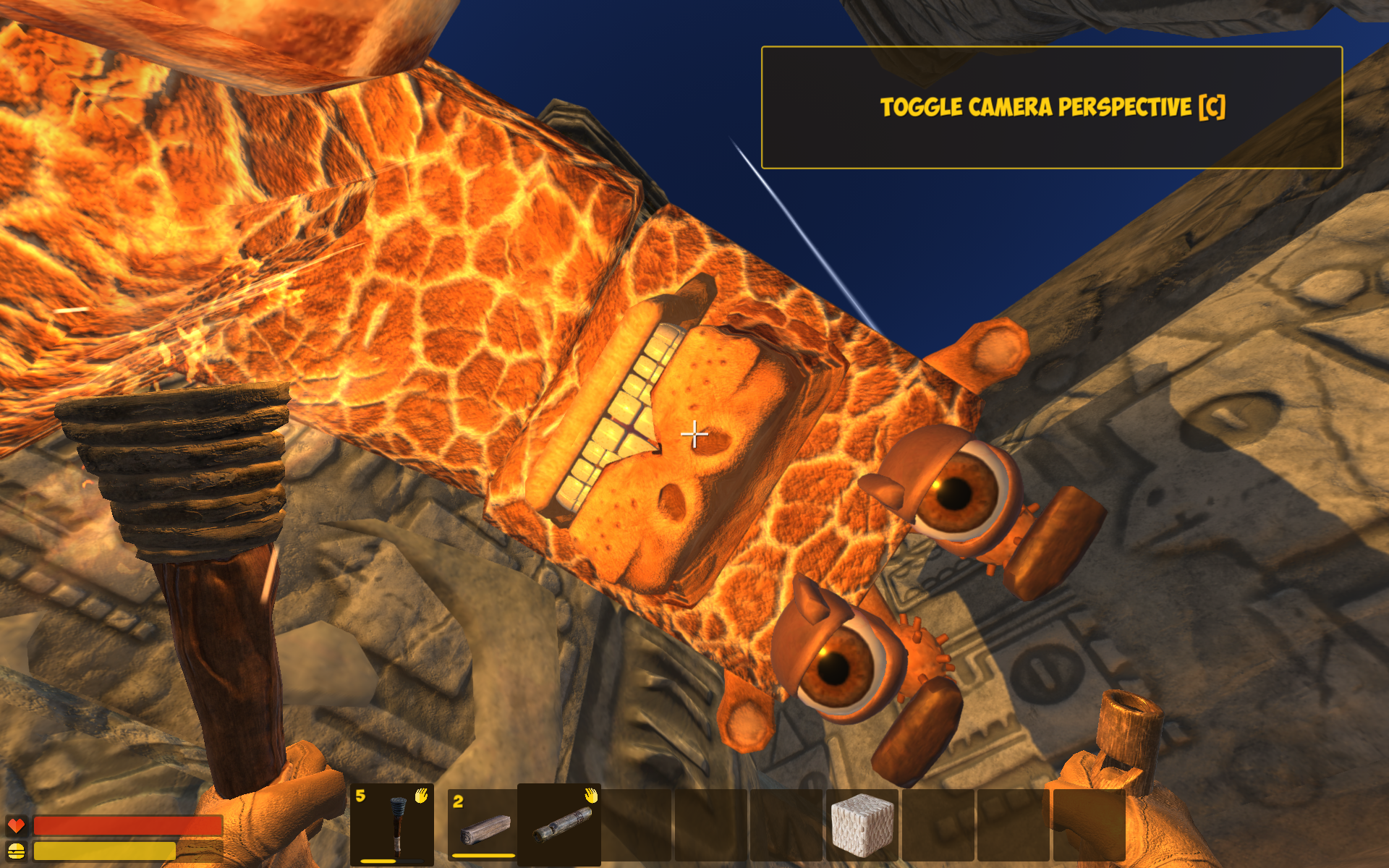 We’re excited to share this update with you and we hope you like what we’ve added so far. We’re still hard at work on the known issues, as well as some other things we want to get into this update before we move on to the next one, so look out for another build in a few weeks.

P.S. A special note to our pre-release testers: Thanks for all your feedback and bug reports! We really appreciate all your help.