We’re in progress on development for the future of CHKN.  We want you to test and give us feedback on the pre-release build. Full notes on what’s new and how to install it are below!

Since it’s a work in progress, expect bugs, performance issues, unfinished gameplay, and other weirdness. You can report anything you find here on the forums. It really helps and we love hearing from you!

To try out all the new features, you’ll need to switch to the Pre-Release (testing) version of CHKN. Just follow these steps:

That’s it! Steam will download the Pre-Release build and you can create a new game to start testing all the new content. (If you ever want to switch back to the stable release build, just select “NONE” from the dropdown at any time. Your saved games will still be there when you return!) 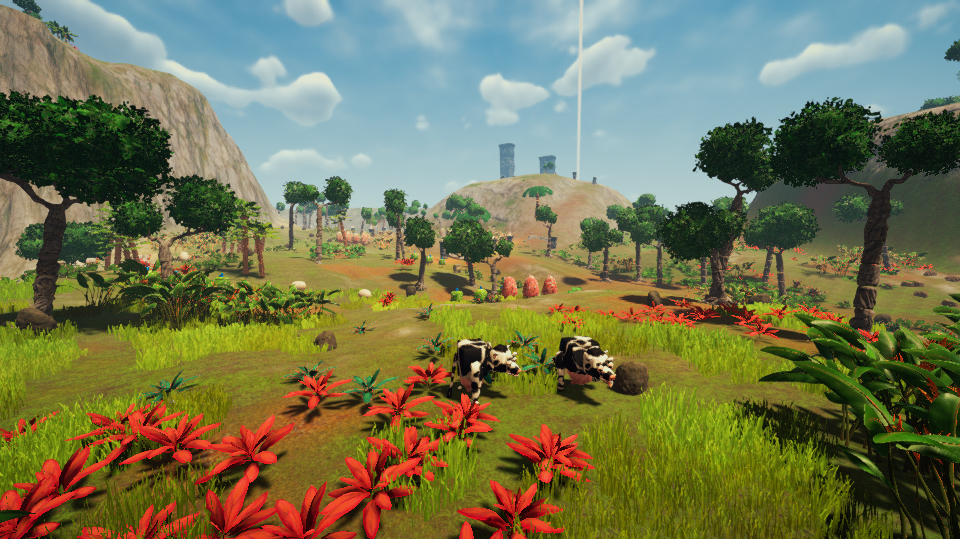 To help you move around more quickly while testing, you can also teleport. Hit [Enter] and type one of these /teleport commands into the chat bar. Then hold onto your shorts!

This is a work in progress. Leave a post on the forums to let us know what you think so far!

Since it’s a holiday here in the U.S. this week, our next developer stream will be on Wednesday (Nov 22) @ 3:30 PM EST. Join us on Twitch or YouTube and show us your favorite creations!